A Walk with Jacobites in the Cairngorms

On a recent autumnal stay at Killiehuntly Farmhouse in Scotland’s Cairngorm mountains, I was relaxing on the sofa, sinking back into a soft sheepskin and nursing a Speyside malt by the open fire. It was that time of day that I love the most: those exquisitely relaxing moments between returning from a bracing day walking in the Cairngorm mountains and dinner. 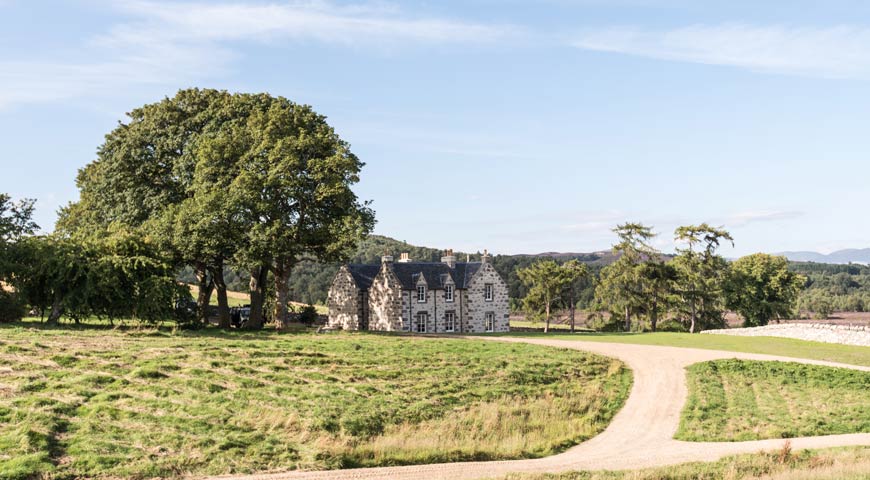 While Hans, the chef, busied himself in the kitchen transforming the local produce and garden vegetables into a meal and the others showered I sat alone among the shadows cast by the flickering flames and watched as the branches of the tree outside bent in the wind blowing off the Cairngorm plateau and down Glen Tromie.

When we had set off that afternoon on a walk with Tom, our guide, there had been little sign of the wind now picking up into a howl. Then the sky had been mostly blue and the tiny golden leaves of the birch trees that form the ancient Glentromie Woods were barely stirred by the gentle breeze. Only occasionally were any dislodged but by morning I suspected the birches would be blown bare.

The fresh and slightly chilly air had put a spring in our step and soon our jackets were being unzipped as we walked off the end of the paved road and onto the rough track that continues up the glen reaching far back into the grey swelling mountains.

Killiehuntly Farmhouse is a wonderful property and one of several boutique hideaways in the Scottish Highlands we send clients to when travelling with us on a bespoke adventure holiday. Such properties are already in high demand for this season so do get in touch now to start planning your clients summer escape.

We would not venture too far into the mountains and Tom pointed us over the gushing River Tromie and uphill into the trees in the wake of a startled red deer. The trees gave way to thick moorland grass and tugging heather. Beneath our feet, the path was sometimes indistinct and I tried to be as nimble as Tom who skipped over the puddles and the soft black peat that was gradually encasing my boots. While we huffed and puffed Tom talked of wild cats, Capercaillie and pine martins.

At the top the view opened-up. Running south to north was the River Spey glinting in the low sun; it meanders wandering through the Insh marshes, an internationally important breeding ground for curlew, redshank and lapwing. Pockets of golden woodland framed the village of Kingussie built in the local grey granite and beyond lay the dark rounded outlines of the Monadhliath mountains. 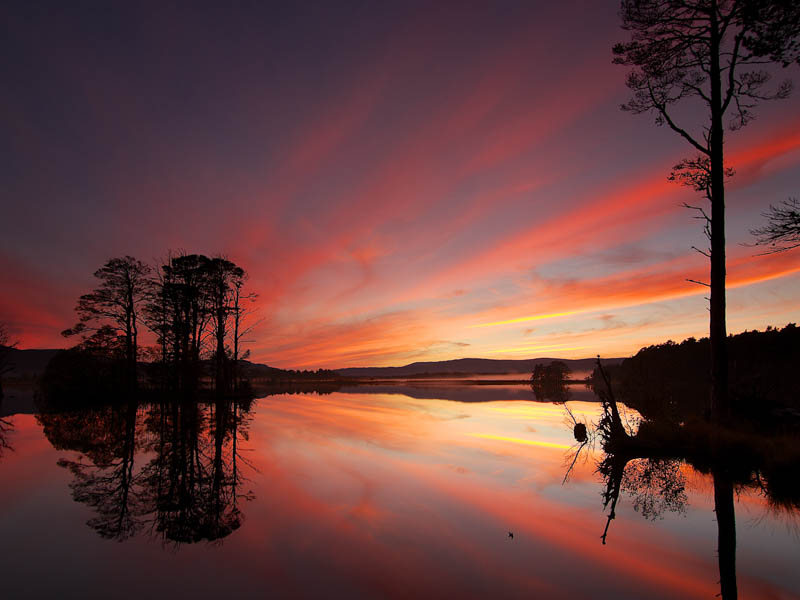 It was, however, the building in the middle distance that piqued our curiosity. There on a knoll overlooking the Spey was the ruins of the Ruthven barracks – imposing, grey and roofless and a lasting memorial to failed Jacobite rebellions. It was here in 1746 that Bonnie Prince Charlie’s message imploring his 3000 defeated Highlanders to go home was delivered.

I suspect our pace picked up as we headed downhill towards ruins. Behind its cold bare walls, it was easy to imagine the privations of the British soldiers sent to quell Highlanders. Tom did his best to help us imagine the broad beams that would have supported the roof, the mess hall and the musket-bearing red coats before it was captured and torched by the Jacobites on the day after Culloden.

Thoughts of Jacobites persisted while I sat by the fire. Many of those retreating from Culloden may well have sought shelter at this very farmhouse. I shivered momentarily as the shadows cast on across the window and playing in the walls lead me to think of ghosts. Outside was the Highlands. It was their raw and empty beauty that had induced men to fight and to them, I raised my glass.

Born and raised in the Scottish Highlands I have always been passionate about all things outdoors actively pursuing white water kayaking, skiing and mountain biking in my spare time.

Scotland vs Ireland vs England – Part 3