Are They Really That Different?

Welcome to Part 2 in our 3-part feature of articles about Ireland, England and Scotland, three amazing destinations. We get a lot of questions about how Ireland, Scotland and England compare, and also what makes them different from each other as well as what makes them special places to visit.

In this episode, we focus on Irish, Scottish and English music, food and drink.

“The light music of whiskey falling into glasses made an agreeable interlude.”

These small communities act as bastions to Irish traditions – vibrant music, a rich pantheon of mythology, the Irish language. Irish trad music is one of the few Irish stereotypes that is completely true. The Irish love a good trad music session as much as the locals. Irish trad music comprises of a few core instruments such as the harp, the fiddle, the tin whistle, the bodhran (a type of drum), the bouzouki (guitar-banjo cross), the Uillean pipes (Irish version of bagpipes), and more recently, the guitar. Irish folk songs continue to be sung and re-sung, though new songs are written all the time. Bands are often locals, and the venue are cosy Irish pubs, so when there is music on, expect it to be lively and full.

One difference to the common idea of Irish trad music is the timing. Many visitors expect the live music to be around dinner time, but in Ireland, music comes after dinner – well after. Don’t expect Irish trad music sessions to start until at least 21h30 (9:30 pm), usually more like 22h00-22h30.

Scotland of course is known for its bagpipes, usually played by a fella in a kilt, right?

However, Scottish music is not just bagpipes. In Scotland, traditional music has made quite a comeback over the last 20 years. There are various music festivals taking place across the country and folk music is the live music performance of choice at many pubs. Traditional Scottish music can feature the fiddle (violin), guitar, drums, mandolins, harp, an accordion and of course bagpipes.

The music lends itself perfectly to dancing and is the music of choice for ceilidhs. If you are unfamiliar with a ceilidh, it’s a popular Scottish country dance. It involves several set dances with at least one or more partners. Ceilidhs are massively popular at the moment and big events like weddings, galas, and fundraisers aren’t complete without a round of ‘Strip the Willow’. 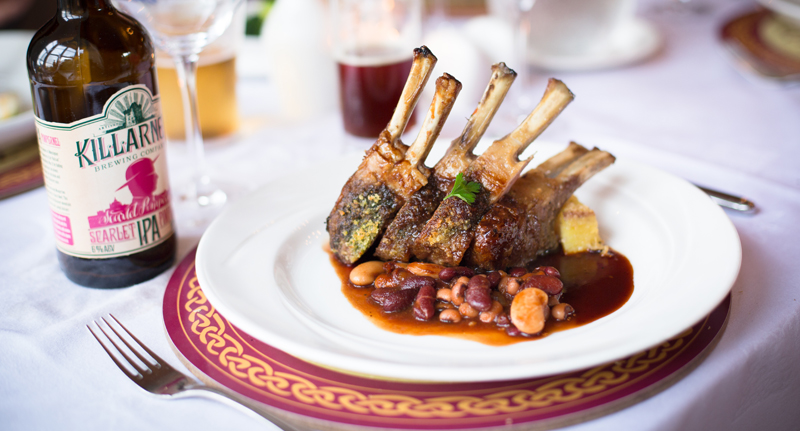 When thinking about Irish cuisine, most people think of spuds and cabbage and pints of Guinness. But in recent years, Ireland has taken great pains to change this reputation, with new chefs, restaurants, ingredients and dishes flooding the island. The Emerald Isle now has an up-and-coming foodie culture, with certain places like Belfast, Sligo, Kenmare and Kinsale leading the charge. This recent interest in cuisine (and lack of pressure, since no one comes to Ireland for its food.) makes the emphasis on organic cooking, creative menus, farm-to-fork cuisine and fresh ingredients blow Irish cuisine off the charts in terms of cuisine.

While you’re in Ireland, be sure to try some of the local cheeses – West Cork in particular has some delicious cheeses like Gubbeen, Durrus, Knockatee cheddar and Coolea gouda. (Other dairy products like butter, milk and cream are particularly fresh and delicious too). Irish meat is also fantastic and usually organic – there are plenty to taste, from traditional meat dishes like fishermen’s pie, lamb stew, bacon-and-cabbage and steak and Guinness pie to new dishes like curries.

Wexford strawberries and wild blackberries make fantastic fresh snacks, and seaweed is is a new and exciting superfood, with plenty of opportunities to taste. Vegetarian dishes are getting more creative and exciting, often tempting even non vegetarians. 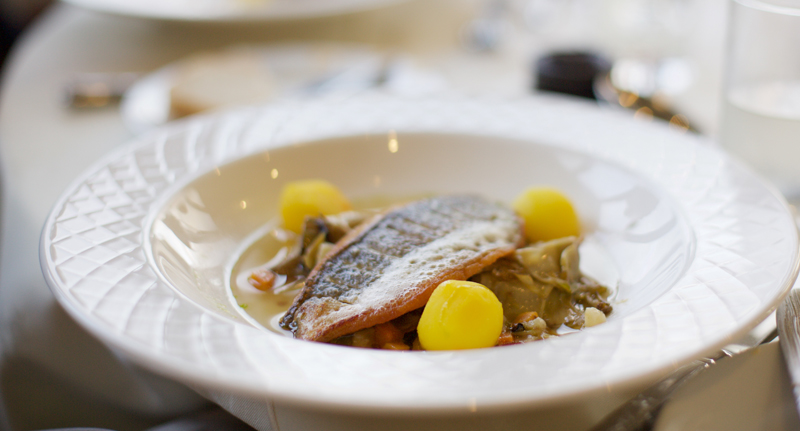 Many people may dismiss Scottish cuisine, and think it not much more than haggis and tatties. But like Ireland, Scotland has seen a recent food revolution that really takes advantage of the natural larder. All year-round, Scotland has access to an abundance of fresh and varied seafood, game, fruit, and vegetables.

The North Atlantic salmon that hails from Scotland is globally recognised as some of the best salmon in the world. On land, the famed Highland beef in considered as some of the highest quality beef throughout Europe and the rest of the world. Locally-sourced wild venison is not to be missed either on your next visit to Scotland. Lovers of red meat will be delighted to learn that venison is the healthier option too, being both low fat and high in protein – not to mention mouth-wateringly delicious.

In the cities of Edinburgh and Glasgow, chefs are really pushing the envelope on food with exciting menus that experiment combining local ingredients with global cuisines.

Options for vegan and vegetarian diets are also expanding continuously, especially in Glasgow which has been named best vegan city in the UK numerous times.

It’s a stereotype that we like our tea in England – and it’s true. The English do, indeed, love to drinks cups (and pots) of tea. Popularised in the 18th century, it became a fashionable commodity. Today, tea is still an essential part of life and is known to fix all problems (tired? stressed? hot? cold? can’t sleep? Drink tea!), and and even fancier variety would be going out for Afternoon Tea, tea, sandwiches and scones.

The English have our more traditional meals, which are usually hearty and heavy like fish and chips, bangers and mash (sausages and mashed potatoes), Sunday roasts, full English breakfast but lately things have been changing. People from all over the world have come to England, bringing their tastes – and cooking skills! – with them. While pub food is still available across England, more types of dishes and restaurants are found across England.

Start your day off well with an outstanding Irish brekkie. Read on for a few recipes.

Find out why Ireland is for foodies and see Ireland’s most exciting food-related experiences.

Our pick of Scotland’s best Highland restaurants that show off the real taste of Scotland.

Discover the food and drink revolution that has taken the island by storm in recent years.

One of Europe’s oldest distilled beverages, Ireland has long been known for its whiskey (with an ‘e’), supposedly brought to Ireland by medieval monks. Irish whiskey was once the world’s first choice for spirits, and it is still world famous. The Irish for whiskey, uisce beatha, is well-known throughout Ireland. Irish whiskey is protected by the European Geographical Indication and there are a whole list of criteria for Irish whiskey to be, well, Irish – with distillation, production and labelling in Ireland being the most important.

Despite some decline in centuries past, it has seen a recent resurgence. The main brands are Old Bushmills, Jameson, Powers, Redbreast, Teeling and Tullamore, though as of 2019, there are 25 licensed distilleries. It means ‘water of life.’ It’s not hard to decipher its historical importance.

Much like Irish, whisky in Scottish Gaelic is ‘Uisge Beatha’, which translates to the ‘water of life.’ Whisky (without an ‘e’) is of course a beloved Scottish tradition. It’s believed that the nickname ‘water of life’ came about due to the supposed medicinal qualities of the distilled beverage, but even today it’s a very relevant phrase. Scotland owes a lot to its whisky, with it being one of the largest exports and key tourist attractions.

For a whisky to be classified as Scotch Whisky, it has to be produced in one the recognised whisky regions and be matured in an oak cask for a minimum of 3 years. The 5 regions include the Highlands, Lowlands, Islay, Campbeltown, and Speyside. 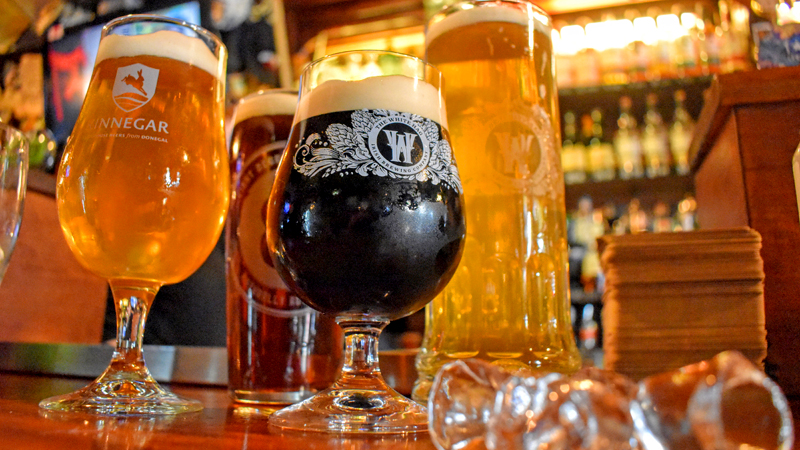 The beer scene in Ireland has long been dominated by Guinness and its subsidiaries, but in recent years that has been slowly changing with the eruption of craft breweries throughout Ireland – such as The White Hag, Lough Gill Brewery, Kinnegar, Bru, West Cork Brewing, Black Donkey, Treaty City, Porterhouse, Eight Degrees, and more. Though usually very regional, the number of bars stocking different craft brews are slowly growing. There are over 40 microbreweries in the Republic and another 20 or so in Northern Ireland. More and more, Irish pubs are stocking regional craft beers on tap and in bottle, though do keep in mind that most of these craft breweries are quite small. 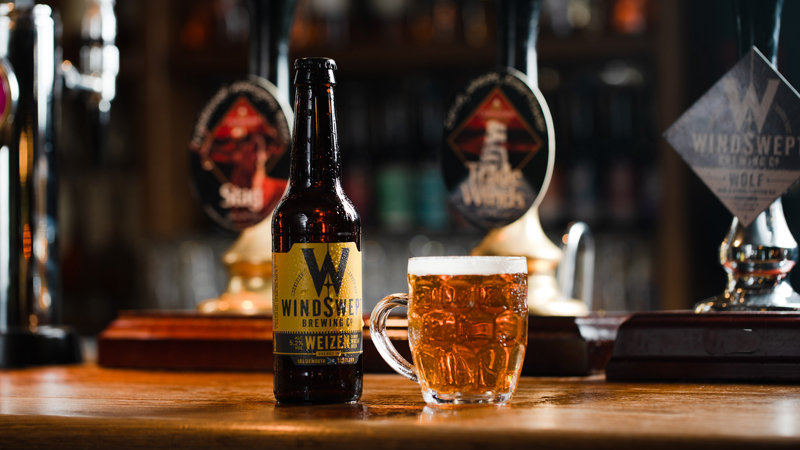 Tennents may be the most produced, consumed, and well-known beer in Scotland, but Scottish beer production has gone far beyond that in recent years. Craft breweries in Scotland have also seen a surge, with now over a 100 registered craft breweries across the country. Some breweries have gotten quite large and have international recognition such as BrewDog, Black Isle Brewery and Stewart Brewing. Other breweries, like in Ireland, are very regional, and are generally sold in the region in which they are produced. All of which only adds to the exclusivity of these tasty and unique brews. 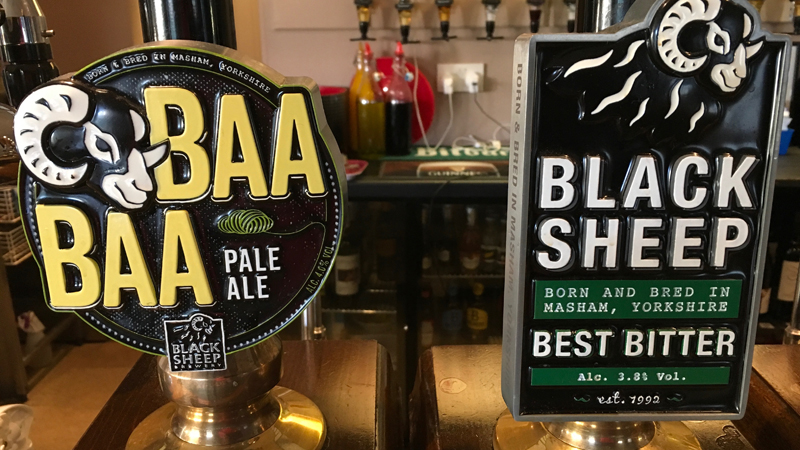 England has been brewing beer for centuries, and it is still incredibly popular. Traditional types of English beer include bitter, mild, brown, and old ale. The stereotype that English ale is famously served “warm” is a misconception – really, these ales are served at “cellar” temperature. In recent years, there has been a considerable increase in demand for craft beer, resulting in an explosion of craft breweries – today there are over 700 craft breweries across England. 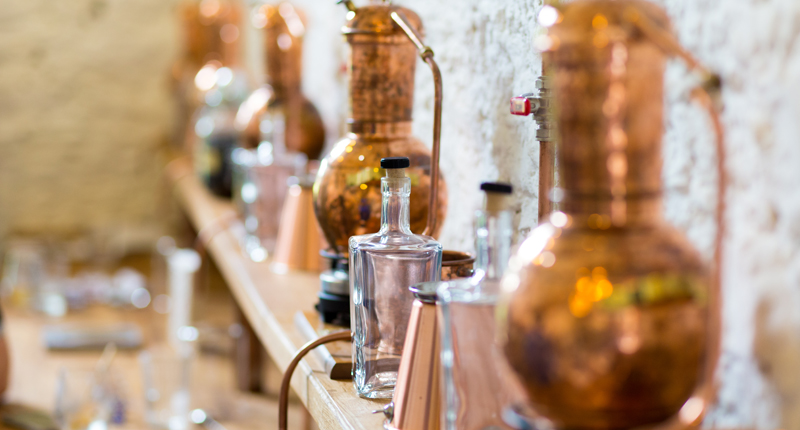 Poitín – Irish moonshine, pronounced poo-cheen – was long an illegal brew, made by farmers and other remote communities, but today, poitín is able to be brewed and bottled legally. This traditional distilled spirit from Ireland is distilled in a pot still, and the spirit of choice in remote regions of the island. It was once distilled in rural areas during windy or inclement weather so as to be far from the authorities as it was brewed without a license. Poitín traditionally uses malted barley, though in modern times other bases have been used, such as corn or potato. Because it was distilled illegally and therefore not passing any standards, poitín quality varied quite a bit, though today, modern Poitín has to pass standards. Though less potent than in the past, the Irish word poit still means “hangover.” 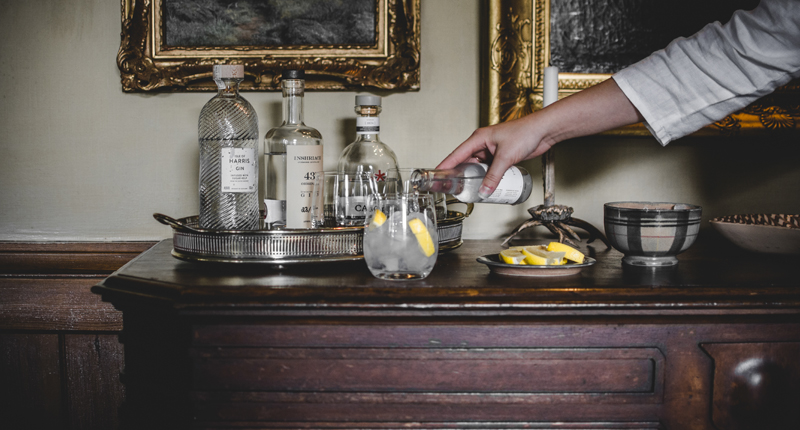 Gin is a rising star in both countries – certain distilleries like Drumshanbo, Listoke and Dingle Gin has put Ireland on the map in terms of gin – you can even attend “gin school” at a distillery in Ireland. Scotland is perhaps even more well-known for its gin with over 70% of the UK’s gin production taking place in Scotland. Many whisky distilleries also produce gin to tie over the long maturing process of whisky. This has resulted in an incredible variation of gin available in Scotland. Many distilleries use local Scottish ingredients to enhance the flavours of their gins like foraged sugar kelp from the Isle of Harris, or botanicals like roseroot and seabuckthorn that grow along the Scottish coast. Though traditionally bear drinkers, gin has also grown in popularity in recent times with several mainstream and craft gin distillers making a splash on the scene.

Have a look at Parts 1 and 3 in this exciting feature on Ireland, England & Scotland

Ireland, England and Scotland are three magical destinations, each with both similarities and differences.

If these sound like destinations that may interest your clients, work with us to start planning your client’s bespoke adventure holiday to Ireland, Scotland or England now.

American by birth but European in spirit, Dawn has called the US, Costa Rica, Spain, England, Poland, France and now Ireland home over the years. While she has travelled to more than 30 countries, she has fallen in love with the rich Irish culture, intriguing history, ancient castles, cheery locals and sweeping landscapes of Ireland.