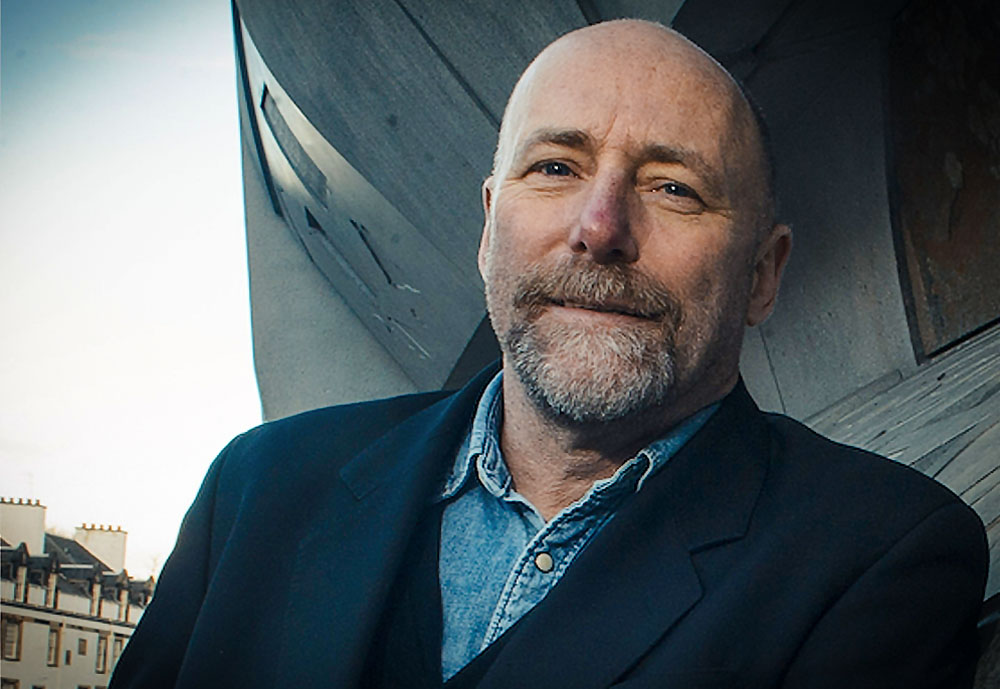 In the gently lit drawing room of Aldourie Castle on the shores of Loch Ness the curtains are drawn, the log fire is crackling in the grate and Hamish MacDonald, a man immersed in centuries of Highland oral tradition is relating tales of fleeing Jacobites from the battle of Culloden in 1746 and of the ghost armies still doing battle at nearby Loch Ashie.

When he pauses, as if on cue, the wood shifts and spurts embers into the room and we all look in the fire as if a restless spirit has been roused. Despite the cosy confines of the drawing room surrounded by portraits of the Fraser clan, we are outside on the hillsides breathless and stumbling in the snow knowing that British Army redcoats are in hot pursuit.

Hamish, a poet, a playwright and a nationally recognised advocate of the Scots language, as well as a gifted storyteller exploits the tempo of the verse of these old ballads to convey the headlong terror of battle and the panic of flight before slowing into the melancholy of capture and the deep sadness of irretrievable loss.

Who among those faces on the wall, I wonder, remembers that time in April 1746 when Bonnie Prince Charlie and his Jacobite rebellion were finally defeated by the Hanoverian forces of the Duke of Cumberland at Culloden. Who among them lost a loved one? Whose way of life was changed forever? Led by Hamish I, for a moment, am back there with them. More than 250 years have passed but the memories are strong and the link is palpable – the goose-bumps are real.

“A Loch Ness monster hunter who would stop at nothing to find the creature lurking in this 1000-feet deep loch.” 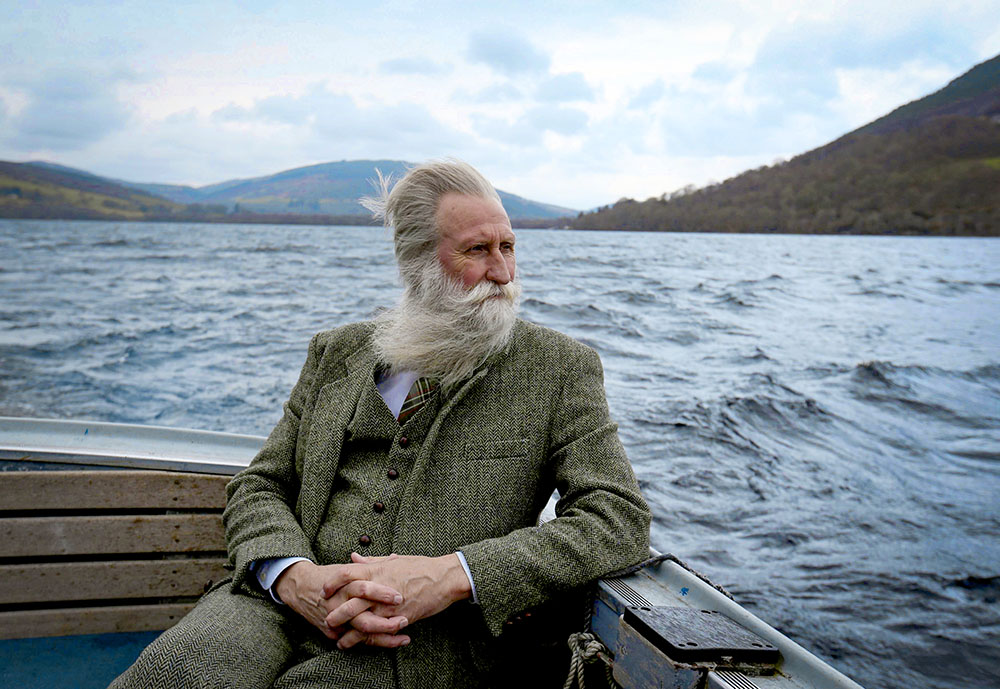 I am not sure how I expected a monster hunter to look but when I meet Adrian Shine on the shores of Loch Ness I am fairly certain he’s the genuine article. Dressed in tweed and sporting a grey beard that’s almost as long as his tartan tie my first impressions are that he is a suitably eccentric character but his firm handshake and authoritative voice suggests he is a man to be taken seriously.

Nowadays Adrian prefers to be known as a naturalist but in his younger days, he tells me, he was renowned as a Loch Ness monster hunter who would stop at nothing to find the creature lurking in this 1000-feet deep loch. To begin with he sought out vantage points and mounted round-the-clock surveillance but when that didn’t capture the beast on film he built his own submersible observation chamber and plumbed the depths.

Unfortunately, the monster still eludes him but Adrian remains on the lochside observing and learning from it. His energies are directed at exploring not just the loch for life but also examining the problems of perspective and centuries of monster mythology. Essentially his is delving into why people see monsters.

Before meeting Adrian I wanted to be convinced by an expert that the monster does indeed exist. I wanted to leave with tales of near misses and unsolved mysteries. Instead, I almost forgot about the monster and was instead infected with Adrian’s enthusiasm for a body of water that he has come to know from the bottom to the top.

Whether its an evening gathered around the fire listening to a professional storyteller bring the areas myths and legends to life or venturing onto Loch Ness with a local expert, meeting local characters and specialists is an integral part of our expertise and something we can offer your clients when travelling with us on a bespoke adventure holiday in Scotland and Ireland.

Born and raised in the Scottish Highlands I have always been passionate about all things outdoors actively pursuing white water kayaking, skiing and mountain biking in my spare time.

Scotland vs Ireland vs England – Part 3